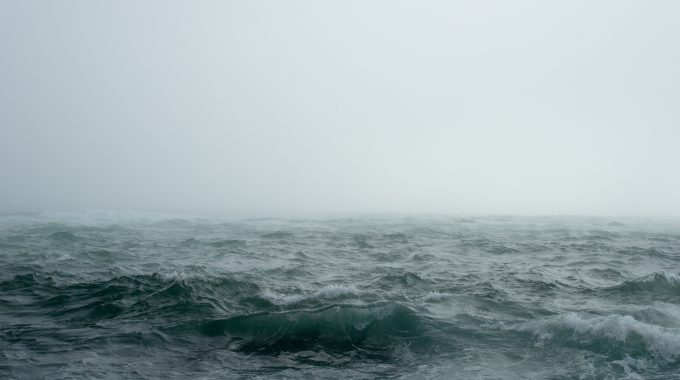 Storms of life…they pop up from time to time. The good news is they don’t last forever. Getting through a violent storm in this life can be tough. It tests your faith. It causes you to question what you really believe. It reveals things about you to yourself. Sometimes it hurts. Sometimes it seems hopeless. Sometimes it is physically and emotionally exhausting. Some people “jump ship,” becoming so weary they simply give up

Storms are mentioned more than once in scripture. In Luke 8:22-25, Jesus climbs in a boat with His disciples and tells them to “cross over to the other side of the lake” before He goes to sleep. A short time later his disciples, clearly frantic, awaken Him when a violent storm comes up suddenly (unexpected, out of nowhere) and threatens to overtake them. Jesus calms the storm with a word and questions the disciples as to where their faith is in the situation. Once all is calm, they journey on and arrive at the other side of the lake (the original destination) to find a man oppressed by demons whose life is freed by a touch from Jesus. There was purpose beyond the storm.

Acts 27 tells of another violent storm. This time Paul, a prisoner on his way to stand trial, is caught up in a ship being tossed at sea. This storm isn’t silenced with a word of authority. Instead, it lasts many days and finally results in a shipwreck. Through it all, Paul is not only spared, but he is promoted! Because of God’s favor and the direction of the Holy Spirit in Paul’s life, the other men on the ship listen to him and everyone onboard survives. God speaks to Paul, assuring him of his divine appointment with Ceasar that awaits him on the other side of the storm. There was great significance in that appointment. Once again, there was purpose beyond the storm.

At one point in Paul’s difficult journey, the sailors on board attempt to jump out of the boat. They are panicked, discouraged, and ready to give up. Just like storms in our own lives, some storms are calmed with a single word, and yet others last longer than we think they ever should. Don’t jump ship. Stand in authority, resist the enemy, and declare the promises of God. These are well known weapons in the arsenal of every believer that will bring forth victory. There are a few other things that will help you through as well. These are sometimes overlooked and under-valued, but I have found them to be the life preservers that have kept me afloat in the midst of an unrelenting storm:

Stop squirming! Have you ever held a toddler who wanted to get down out of your arms? He wrestles, squirms, and wiggles in an effort to get out of your hold. Perhaps you are in a parking lot where you know it would be unsafe for him to freely roam. He doesn’t care or even know the danger. He just wants to be free from your grasp to do as he pleases.

How often do we try to wiggle our way out of an unpleasant situation in this life? Wiggling and squirming are indicative of impatience. Yet, it is through faith and patience we inherit the promises. Some storms last longer than we feel they should, but God is still with us. He goes before us when we cannot see and He surrounds us with favor and protection even in the darkest hours. Be still, and know that He is God in the midst of the storm.

Learn to be held. Once you stop squirming, you can learn to be held. In our culture of “doing” and self-reliance, this can be a challenge, but there are times in life when we need to just stop and allow ourselves to just be held by the One who knows the end from the beginning. This doesn’t mean we don’t use our authority in Christ and resist the enemy. It simply means that we do it all from a position of rest. Being held sounds weak to our natural minds, but it is actually a powerful position of peace. It is the seat of victory.

Be content. Being content in any situation is easy to preach about, but difficult to do at times. It is also tricky. We have to be careful to recognize the difference in being content with a situation as opposed to being content in a situation. It is only through the power of Christ that we can recognize that a storm is mean to destroy us, and yet remain content and in perfect peace, knowing that we will emerge victorious.

Remember, there is a purpose beyond the storm. The storm may overshadow the purpose for a time, but when the skies part, the purpose that was there before you set sail will still be there. Just like Jesus and Paul, there is a purpose for your journey and no storm, regardless of how violent it may be, can change that or take it away. The storm threatens to distract you from that purpose, to cause you to forget there is something more important on the other side.

Whether you are facing overwhelming life decisions, physical issues, financial problems, or turbulence in your relationships, I want to encourage you today to hold on and know that you are equipped to not only survive the storm, but to thrive in the midst of it. The purpose for your journey has never changed. It never will. God ordained your journey before time. You are His and He is faithful.

What you believe about God matters. Believe in His goodness today. Get close enough ...

No matter how dark things may be in this world, His promises remain for those who call Him Lord! There is no darkness in Him!

A few Easter thoughts to remember EVERY day: Jesus is alive! "You killed the author of life, but God ...