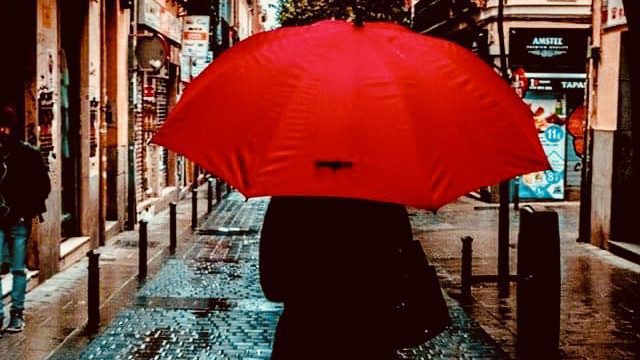 We are hearing a lot about faith vs. wisdom as if they are somehow opposing forces. How easily we can be misguided. Throughout the past few weeks this has become an ever increasing argument (I’m guilty, too). But we are called to walk in truth; not win arguments.

The truth is, it is always faith AND wisdom; not faith OR wisdom. There are certainly counterfeits to both running rampant, with fear posing as wisdom and recklessness presenting itself as faith.
However, authentic wisdom and genuine faith are from God and they are not opposing forces. They are powerfully intertwined. In fact, they are inseparable!

As guidelines are relaxed around the country and we are “free” to move about in society again (a whole different topic for another day), we are all facing decisions about what that will look like for us individually and for our families.

The enemy would love to use this time to further divide the body of Christ by having us point fingers of judgment at one another, arguing about who is in faith and who is walking in fear. One is out and about with no mask or safety measures. Another decides to stay home for a few more weeks. Still another goes out while wearing a mask and taking other precautions. We want to make it all about the action, judging the motives behind them. The truth, however, is that judging motives is out of our league. The Holy Spirit can handle that without us. It is our job to listen and obey what He is saying to us individually and then act on THAT in faith. I’m reminded of the following scripture:

“One person considers one day more sacred than another; another considers every day alike. Each of them should be fully convinced in their own mind.”

We all have the Holy Spirit, and He is well able to guide each of us. It isn’t a one-size-fits-all kind of faith. Each person is navigating through unique circumstances. One may live alone while another may live or care for an aging parent. Yet another may be battling other health issues. Not one of us is in a position to look down on another. Comparing revelation knowledge with an attitude of superiority is dangerous business. Nobody wins those arguments. Instead, we are called to honor one another. That way even when we disagree, everybody wins.

“Do nothing from selfishness or vain conceit, but with humility [being neither arrogant nor self-righteous], regard others as more important than yourselves. Do not merely look out for your own personal interests, but also for the interests of others.”

We should all remember that a particular action is not necessarily indicative of a certain motive. In other words, is the person who is out without a mask necessarily in faith? Possibly. Or maybe he only appears to be in faith while actually walking in careless foolishness. Is the one who is out in full gear, or not out at all, walking in wisdom? Maybe. But perhaps he is bound by fear instead. These are things only God really knows. It isn’t for us to decide and size up our neighbor’s choices.

By the standards of many today, Noah would be labeled a fear mongering, faithless coward. He was building a ship to save his family and every species on earth from a flood before it ever rained. His actions to protect himself and his family could have easily been mistaken for ungodly, irrational fear, when in reality He was following the voice of God. Obedient FAITH prompted him to build the ark. WISDOM instructed him on exactly how to carry it out. Keep in mind, ships weren’t a thing then.

What about Joseph? He took Mary and Jesus in the middle of the night and fled to Egypt for safety. Does “fleeing” indicate fear? Does faith always stay and fight, assuming supernatural protection? Sometimes we need to challenge our theology to be sure it lines up with truth. Joseph was operating in faith when he fled because he was obeying the instruction of the Lord. The supernatural protection followed him!

Think about some other great men and women from scripture. The following are a few great examples of how faith and wisdom work hand in hand to accomplish God’s will:

• It was FAITH that empowered Esther to act in obedience to save her people. It was WISDOM that guided her in how to carry it out so that she was successful.

• It was FAITH that caused Joshua and Caleb to take the promised land. It was WISDOM that led their way.

• It was FAITH that drove Peter to heal the sick and light the world on fire for Jesus. It was WISDOM that showed him how to go about it.

• It was FAITH that led Paul to write most of the New Testament. It was WISDOM that inspired him to actually accomplish it word by word.

I could go on, but I hope you are getting my point. When our words are truly born of faith, then they are also words of wisdom. The very words of God that brought forth every created thing in this world around us were guided by wisdom (Proverbs 8). God doesn’t speak or act apart from wisdom and since we have His nature, we would do well to take note.

It is often said that faith speaks. It’s true. Faith most certainly does speak forth and prophesy the outcome even before we see it. However, the words don’t create the faith. That is a common and detrimental misunderstanding. Believing comes FIRST. Our words are powerfully guided by our faith.

“It is written: ‘I believed; therefore I have spoken. Since we have that same spirit of faith, we also believe and therefore speak'”

“For the Lord gives wisdom;
from his mouth come knowledge and understanding.”

“So then faith comes by hearing, and hearing by the word of God.”

We are most definitely living in unprecedented times, but even still there is nothing new under the sun. The antics of the enemy have not changed, and neither has the assurance of our victory in Christ. Satan accuses us to one another and to ourselves. He will take whatever ground we will give Him. As we stand and lift each other up in prayer, encouragement, and love, we enforce the victory that has already been won for us in Christ Jesus.

I want to end with a word to that believer out there who feels “less than” and powerless in this season. You have battled fear and you feel like a failure. Gideon felt that way, too, when the Lord found him hiding even though he was called to fight.

You can never fall down more times than the Lord is able and willing to help you back up. You are not the things that the enemy has accused you of being. You are mighty and irreplaceable in the eyes of God. Your faith is not weak or inferior, for it came from Him. Work out your own salvation and stop comparing yourself to other believers based on your vs. their actions. Stop listening to the belittling voices around you (even if they are voices of other believers). They are an inaccurate representation of your Father.

Jesus wants you to remember that He alone (nobody else) is the author and the finisher of YOUR faith! Trust Him. Encourage yourself in Him and what He says about you. Meditate on His word. You’ll find all truth there. You DO hear His voice and as you obediently follow Him, you will discover that you are walking in FAITH and WISDOM every step of the way!

His promises are for you today

But Jesus looked at them and said, “With man this is impossible, but with God…